Consistency and Goal Focusing is NOT for Women 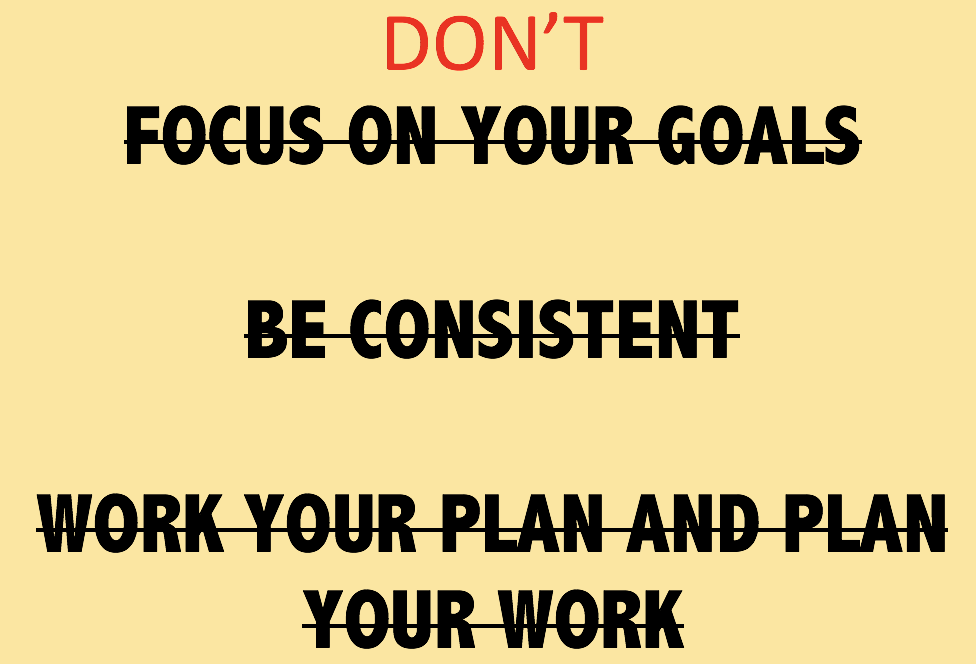 WARNING! If your coach tells you to work consistently week in and week out, ‘plan your work and work your plan’ and stay ‘FOCUSED on a goal’, you’re being set up to struggle, fail and feel crappy about yourself. This is not the female way and it’s harmful to our mental, emotional and physical health because we’re wired differently.

For 4 / 5 women this is the recipe for sucking the spirit right out of a woman’s soul and creating insecurities she didn’t even know she had. These masculine strategies for success go entirely against the very grain of our natural design, igniting unnecessary fear, insecurities, and stress.

Our hormones will never allow us to CONSISTENTLY do anything let alone focus. We aren’t meant to. You can blame your ovaries for that. Stay with me, this is BIG and IMPORTANT for most women trying to achieve ANYTHING in life who values their mental, physical and emotional health and don’t worry, you can still have everything you want, in a way that fits and feels more effortless.

This model has been around for decades and fits the man’s brains like a missing piece of a puzzle, but it fries our beautiful female brain circuitry, leading us to feel depressed, useless, inadequate, stupid and not good enough, and this leads to anxiety and eventually self-loathing. All of this leads to adrenal overload and before long we give up and burn out. It’s just not worth it. Projects life ‘nap rooms’ are simply band-aiding the actual real issue, we need to educate that we’re not made for this way of doing things.

How a female responds to stress is scientifically proven to be entirely different to how a male arrives at and handles a stressed state. The toxic chemicals that release under stress are not just more potently destructive on the female nervous system and brain, they sit longer in her system and even fluctuates in levels throughout her cycle. One week we cope fine but next week we’re crying on the doctor’s chair. Don’t get me started on the fact they’re still mostly testing only on male mice in a male-dominated medical industry. We need to get with the program, ours that is for whole health, mind, body, spirit, and SANITY.

Focusing on a goal for example, is great for the male brain because they’re most often in a ‘peripheral’ state (science proves men have more M Ganglion retina cells, the ones measuring time, space and distance’ ones and women more P Ganglion retina cells, that focus on subtleties. see page 19 via this link for evidence) which is a calmer state also known as the state of the parasympathetic nervous system (the opposite of stress), so it’s no wonder focusing helps them achieve more because it fuels them. In fact, men find it invigorating and a great challenge to have something to focus on.

Women, we see our world in an overly focuses way already, to add more to focus on, is to add an even heavier load to our sensitive sympathetic nervous system, the state of high stress due to this modern era we live in, causing adrenal overload. Differing stages of our cycle cause the messages coming from our retina that is interpreted by our brain throughout our cycle to change, so we need to understand, we’re delicately designed to achieve our outcomes OUR OWN UNIQUE WAY. Science proves the focus v peripheral retina cells in genders is the opposite of what Dr. John Gray author of the infamous book ‘Men are from Mars and Women are From Venus’ claims.

We all know of women who teach and swear by these male-brained success strategies, but what if you knew she’s very likely unaware she’s keeping a secret. We’re so conditioned to believe the only way to achieve is what we’ve been told that we fool even ourselves. I’ve coached many female leaders over a couple of decades in business and I can tell you now, it’s rarer than a bloody blue moon that a female trainer actually achieves her success using these ancient success strategies consistently.

This ‘imposter syndrome’ is killing her slowly, her spirit that is. She thinks she’s either super intelligent or a complete fluke because deep down she KNOWS she’s not consistent, she KNOWS she rarely works that plan and did someone say ‘goals’? Just the word GOAL is enough to cause a tidal surge of cortisol flooding through her body that triggers even the hardiest of female nervous systems into a cortisol…. whats the word for opposite of orgasm…… implosion. You get my drift because you’ve experienced it. 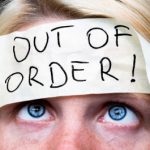 I know many great female inspiring leaders and they’re tired of the ‘spin’ cycle, the frustration and believing there’s something wrong with THEM when it’s not them at all, it’s the strategies and emphasis on taking ‘consistent actions’ that’s been brainwashed into her. Anything outside of that means she’s doing it ‘wrong’ apparently. But ladies, that’s not the case at all. In fact, I’m hypothesising that you can do waaaaaaaay better when you learn your own fantastically female formula for flamin’ fabulous fame.

I do get it though because this was me for a very long time. After all, who was I to question the thousands of best-selling self-help gurus of all time? Actually, that question stopped me standing in my truth for a lot of years. It’s not easy for a woman to buck the system when 100% of those around her believe she’d be an egotistical maniac to go against the teachings of the  ‘greats’ and go public claiming she doesn’t actually DO what she teaches.

After the 3rd,  4th and 100th guessing myself over a period of years, I couldn’t take it anymore and admitted publicly to not practicing what I was preaching. I wasn’t a fraud like I’d felt all that time. I’d just been conditioned to believe something was wrong with ME because after all, even I couldn’t do it right like I was ‘supposed’ to. The irony was I was the one making millions of dollars and achieving 1 in 1 million success within a 10 country radius. I was breaking records (that I still hold today) and belief barriers yet I was feeling like a failure. As it turns out, I’d actually discovered the female success formula and was running my unconscious female program like clockwork.

As you intrinsically know, women can react differently to an exact same trigger depending on what part of our cycle we’re ‘mooding’ at the time so expecting yourself to be consistent at ANYTHING is just expecting the impossible. We really do experience all 4 seasons not just monthly but sometimes in a single day, just like Melbourne. Goal focusing and consistency are for ‘ship’ navigation school, but we’re the ocean and good luck teaching the ocean to ‘navigate’, AND THAT’S OK.

I was simply a woman working in sync with my hormonal cycle and how I am biologically wired, as a women. When I felt zoned out and foggy brained, I’d go internal to revisit my ‘cause’ and visualizing the people I’d help feel good about themselves where no one could disrupt me. It’s about knowing when to do what and when not to do it and what to do instead. We’ll have storms and high tides and beautiful balmy calm waves but don’t expect us to tame it, instead we need to know our ‘what’ we are instead of trying to be something we aren’t.

When I was firing on all cylinders and felt focused I’d work my ass off ‘doing’ the hard yards in my business (approx 10 days a month only). When I felt outgoing I’d go network and meet new people. I was in ‘flow’ with my body. When my brain was fuzzy I’d rest and do the mundane duties that didn’t require brain power. Little did I know at the time my uterus needed my energy more than my brain did and THAT’S OK. When I was teary and soppy I’d cry it out. When I craved chocolate I ate it. My body controlled my mind and I allowed it, I didn’t try to control my body with my mind like I was brainwashed to do.

There’s really no excuse for this lack of education on how each sex is wired in this day and age but the old boy factor is alive and well in the industry as the likes of John Gray are ridiculed for daring to declare genders are different. As you read this you know this makes sense if you’re a woman in business. Our success resources are INTERNAL. We just need to know how to access them and flow. We can ‘create’ our success internally, that’s our way. It’s a thousand times easier and almost effortless.

Even we women don’t understand ourselves because we’ve surrendered to ‘experts’ assuming they would know what’s best for us in the health and mindset industry. It’s time we educated ourselves so we can go educate others, especially the open-minded men who genuinely care about our success and happiness and want that for us. It’s no threat to them, it’s simply nature.